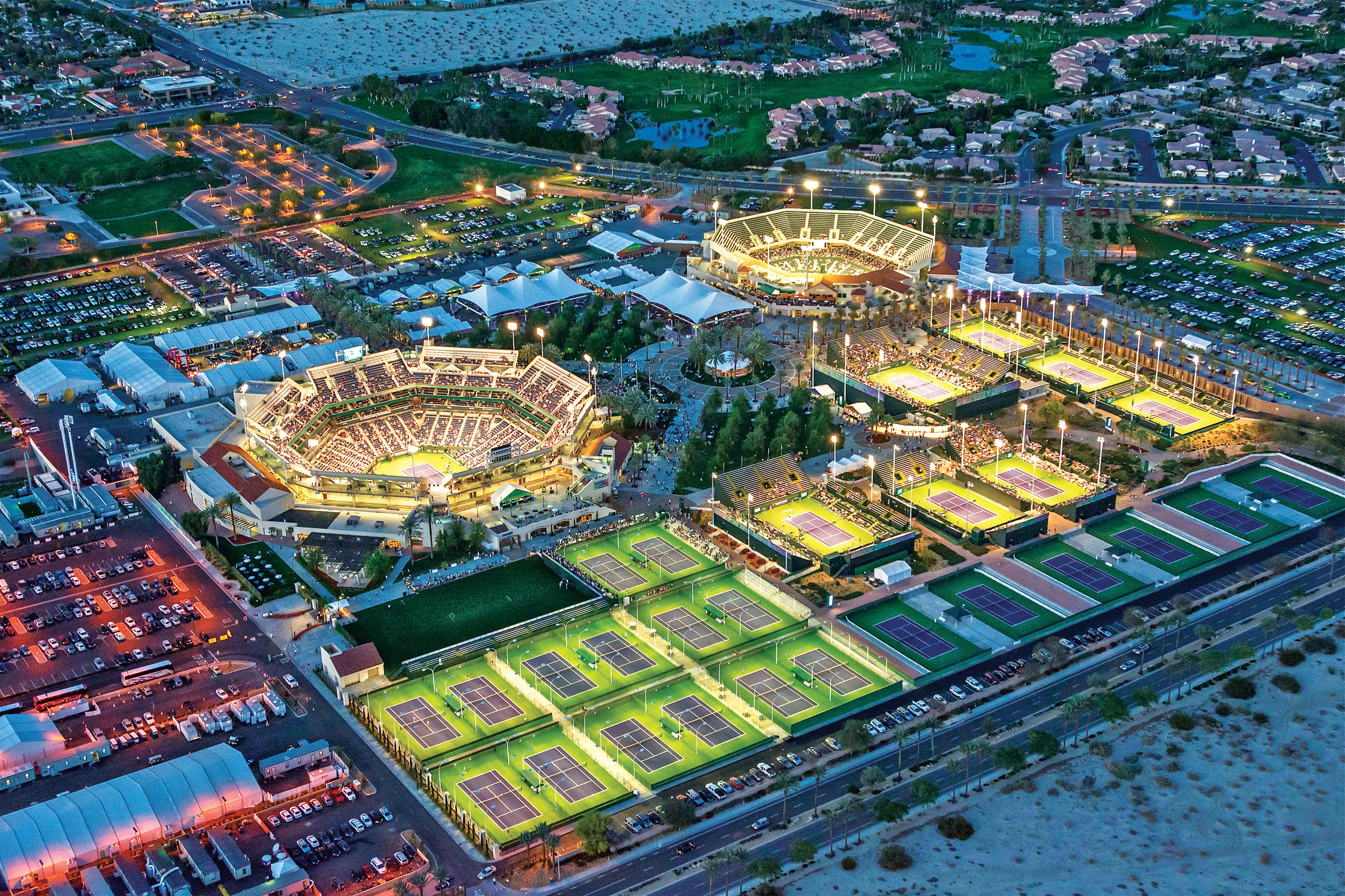 The 2017 BNP Paribas Open showcased major renovations designed to enhance the overall fan experience (over 100k s.f. added) and a complete renovation of Stadium 1. Ranging from a massive expansion of the Stadium Plaza to renovating all the suites and hospitality spaces to adding 21 new restaurants and concessions, the full-scale changes are sure to delight fans who come to marvel at the world’s best WTA and ATP World Tour players.

The Stadium Plaza is now a permanent part of the Stadium and the Superwall is substantially larger allowing it to display up to five matches at one time. The existing open-air portion of the Concourse level will be covered to allow the suites on the second level to be significantly expanded, and include private restrooms. All of the existing restrooms will be upgraded, and restrooms have been added to the upper bowl, where there were none previously.

The biggest challenge with this project was definitely the schedule. All the renovations for stadium 1 had to be done in a time frame of 10 months. This could only be complete with everything coinciding perfectly allowing for high production. The near-impossible project was completed just in time for the 2017 BNP Paribas Open to take place as scheduled.