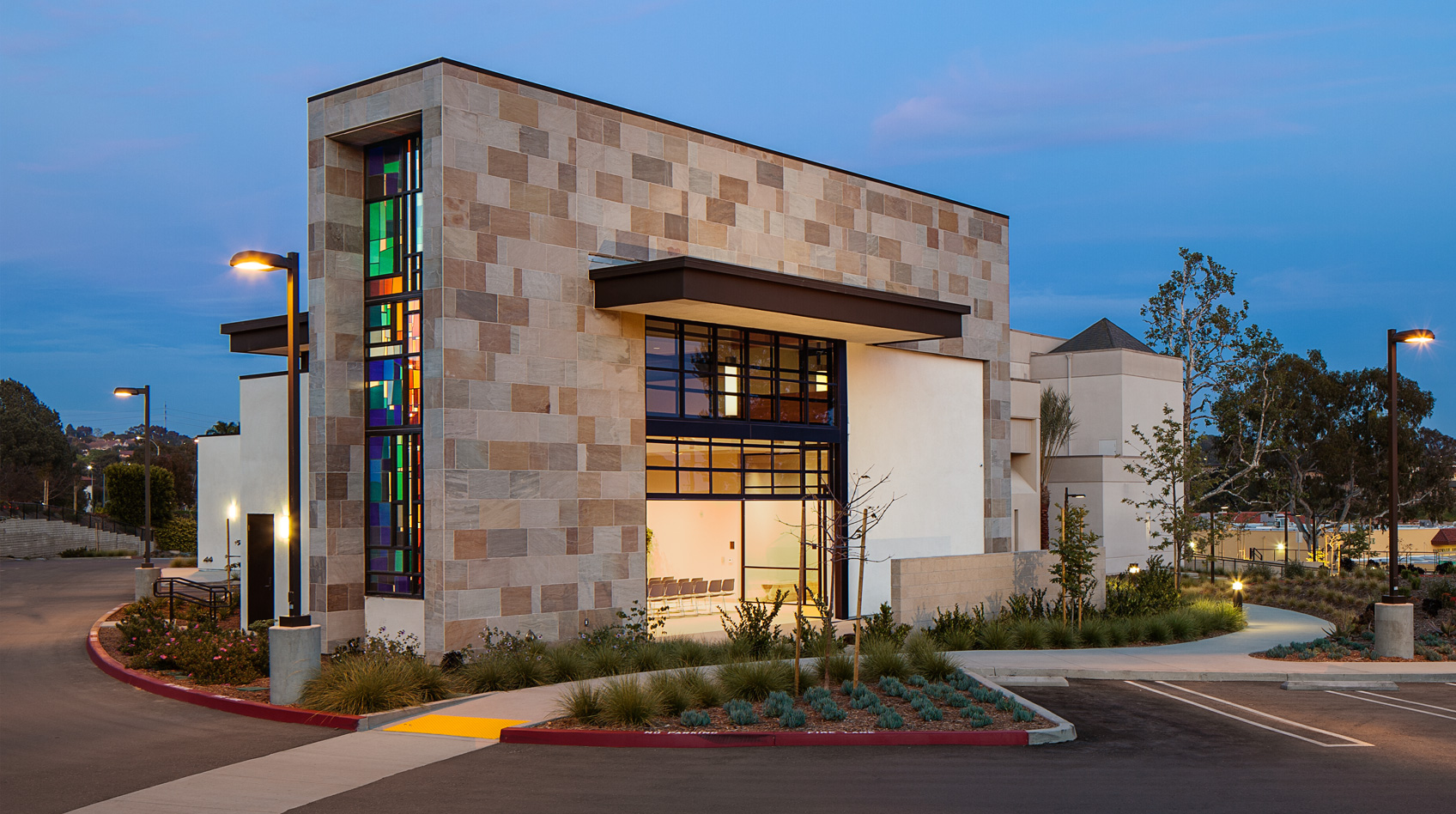 The project involves the demolition of three existing buildings, and the erection of one new single-story Worship Center building at 2500 s.f., and one massive new two-story Children’s Ministry building at nearly 7600 s.f.

The property area is a robust 210,000 s.f., nearly one-third of which is landscaping. There is 140,000 s.f. of the paved area including a parking lot that wraps the entire perimeter of the site, a large new courtyard area for outside functions, and several wooden decks on grade. The new Worship Center will be used for weddings and religious ceremonies. The Children’s Ministry has a number of classrooms, a large function area, and elevated decks.

The church had a roll-up glass door in the marriage chapel. It took us a while to get that door to work and it gave us some issues. Also, before every weekend, we’d have to secure the site so they can use the Fellowship Hall for services.