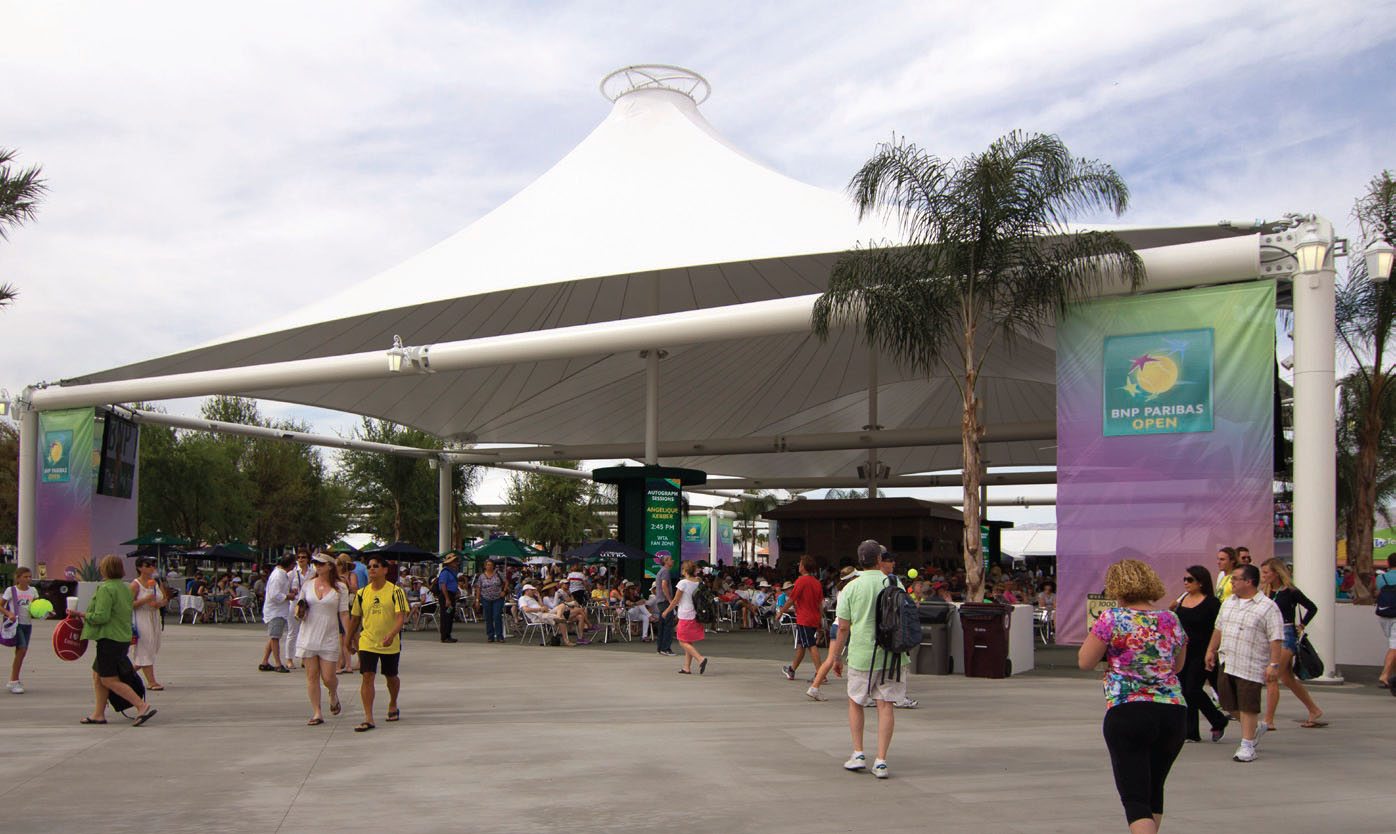 The original Shade Structure at Indian Wells Tennis Garden was such a tremendous hit in 2012, that when we were awarded the bid on Stadium 2 (WLC’s greatest triumph) we were also asked to “double the shade” here at the Garden as part of the Site Expansion Project. We were smart to leave well enough alone, and the BNP Paribas Open faithful christened the new Shade Structure 2 in March 2014 with record attendance and hearty approval of the new Tommy Bahama bar holding court in the center of it all.

We had to coordinate the tensile structure from Auckland, NZ with the main structure being made in Kansas City. The main onsite challenge was that this was built in the summer where it was 100+ degrees every day. Also, waiting for the structure while it sat in customs for a few days.