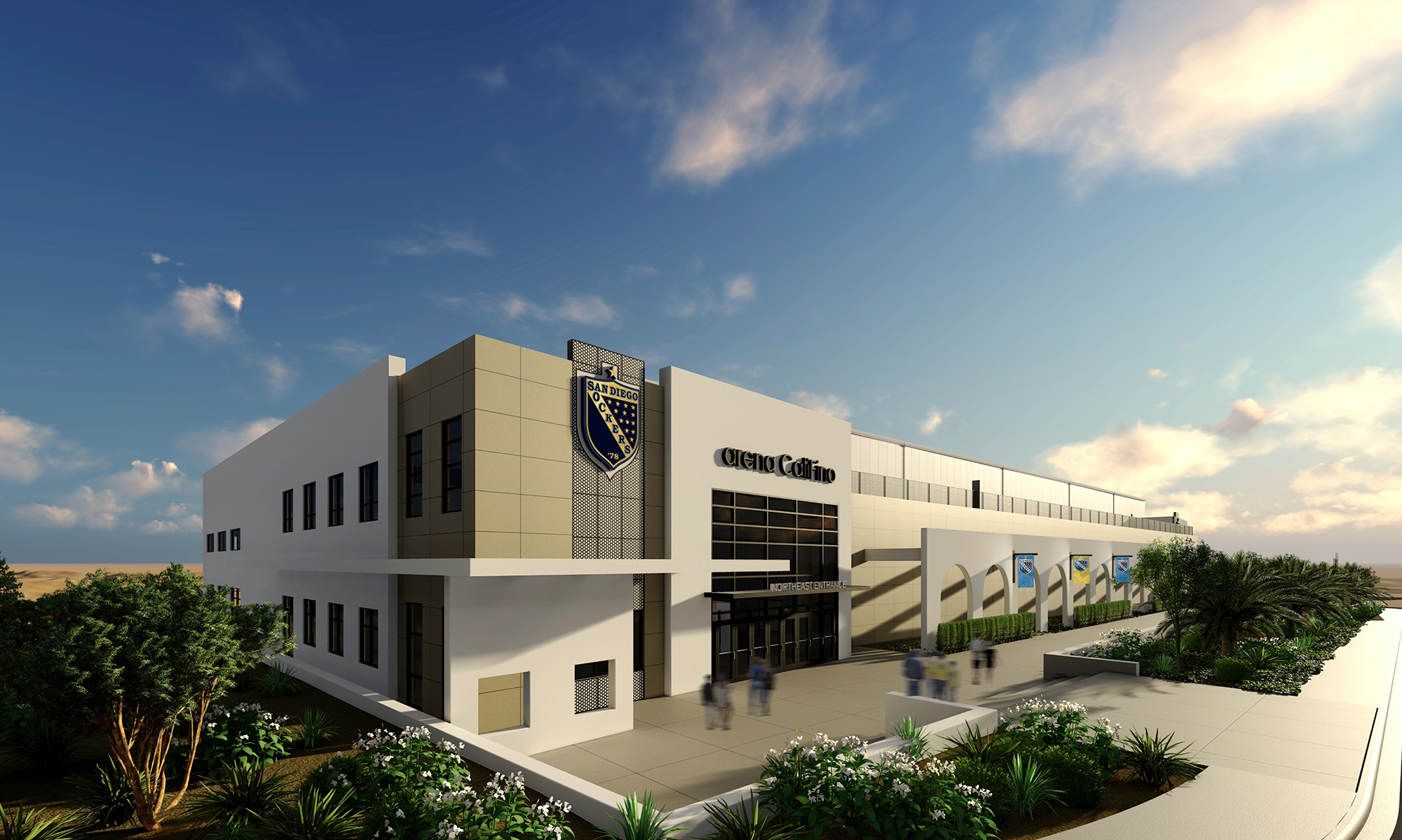 A key piece in the development of the 465-acre El Corazon section of Oceanside will fall into place this month when Sudberry Properties and the San Diego Sockers start construction of a $40 million arena that will be the nome of the soccer team.

Sudberry Properties will follow the arena construction with a mixed-use project of apartments and commercial space adjacent to the arena along Ranch Del Oro Road at the eastern edge of the former open-pit sand mine that the city acquired in 1994 and named El Corazon – the heart – for its location in the center of the city.

Ever since, the city has been slowly developing El Corazon with Sudberry Properties as the lead develop of commercial sections of the property with a surge of recent activity capped by the start of the arena construction.

Afromal opening of the aquatics center is pending.

Lennar also has Ventana a condominium project in El Corazon that has 70 three-level townhomes ranging from 1,659 square feet to 2, 311 square-feet.

The mixed use project planned by Sudberry Properties will include 268 apartments in 22 buildings atop 4,724 square-feet of commercial space.

Still on the drawing boards is a 120-room hotel by Sudberry Properties at the corner of Oceanside Boulevard and Ranch Del Oro Road.